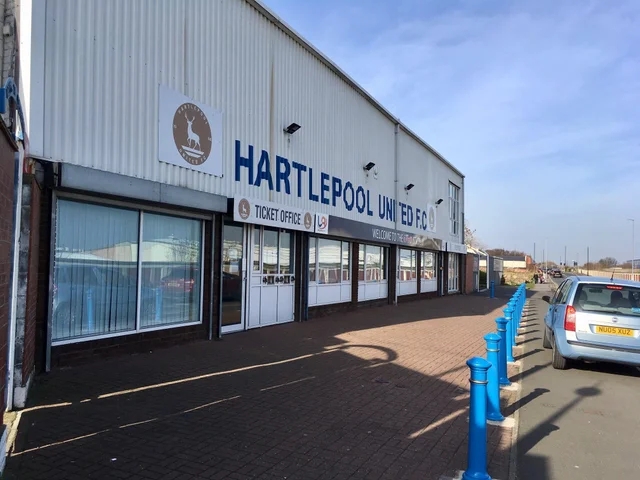 Students and Under 19’s can also qualify for a concessionary price in the home areas, providing that the ticket is purchased from the ticket office and a valid student identity card/proof of age  is produced on purchase. 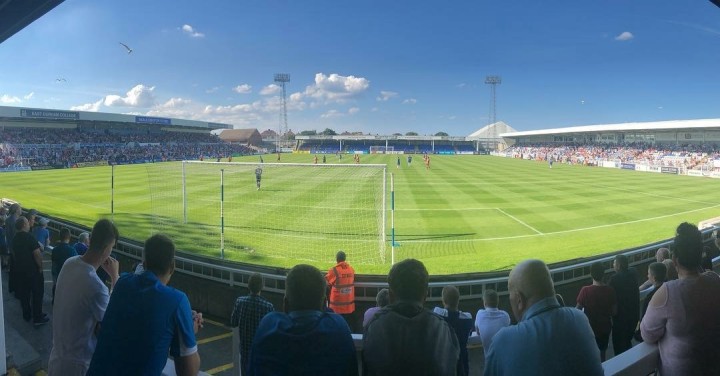 The Super 6 Stadium is a traditional compact ground. On one side is the Cyril Knowles Stand, named after a former manager, which was opened for the start of the 1995/96 season. It is a small single tier covered all seated stand, raised above the ground level.

Opposite is the older Neale Cooper Stand (also named after a former manager). Opened in 1968 it has covered seating to the rear and open terrace to the front. This stand does not run the full length of the pitch and has an odd mix of orange and green seating, which clashes with the club colours. 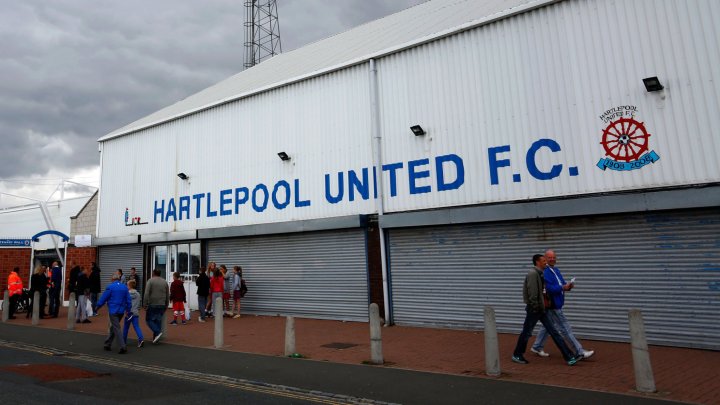 At the Town End, which was opened a couple of months after the Cyril Knowles Stand, is a covered terrace that is the home end. This is now known as the Prostate Cancer UK Stand. Opposite is the Rink End Stand which is a small covered all seated stand which houses away supporters. The ground has a set of four tall traditional floodlight pylons.

Derek Hall adds; ‘All real Hartlepool fans nickname the club Pools (not The Pool). This goes back to the pre-1967 days when the boroughs of (old) Hartlepool and West Hartlepool became amalgamated as just Hartlepool. It was because of the existence of the two very separate towns that the club was actually called Hartlepools United in the first place. That said though, I’d prefer to see us called The Monkey Hangers!’

In 2018 Victoria Park was renamed the Super 6 Stadium in a corporate sponsorship deal. 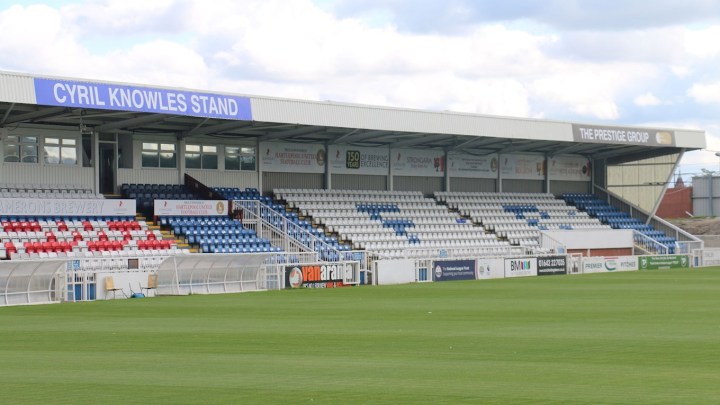 Away fans are in the Smith & Graham Stand (aka Rink End) at one end of the ground, where up to 967 can be seated. Unfortunately there, are a few supporting pillars in this stand, which may hinder your view, especially if there is a large away following. However the acoustics of the stand are good even for small numbers, meaning that plenty of noise can be generated. Food on offer inside the ground includes; Frankfooter Hotdogs (£3.50), Cheeseburgers (£3.50), Beefburgers (£3), a range of Pies; Mince and Onion, Steak, Chicken Balti, Meat and Potato (all £3) and Chips (£2.50 Large, £1.50 Small).

If you wonder why Hartlepool are referred to as the ‘Monkey Hangers’ then it is because the residents of Hartlepool are famously said to have hanged a monkey that was washed up from a ship that had sunk during the Napoleonic wars, because they thought the monkey was a French spy. The Club take this to good heart and of course who else would they have as their club mascot? H’Angus the monkey of course!

PUBS FOR AWAY FANS

There is the Centenary Bar near the entrance to the away end, which allows visiting fans. At the same end but at the opposite corner, is the ‘Corner Flag Supporters Bar’ which also welcomes away fans. The entrance fee is 50p, but this basic bar has a good friendly pre-match atmosphere and televised sports, however, it does not serve any food. There is also a small bar located behind the Cyrill Knowles Stand. A little further beyond the Miramax Stand on Raby Road is the Millhouse Inn. It too shows football on television and also offers food. Popular with away fans is the Jackson’s Wharf Pub near the ground. It has good food and real ale on tap. This pub is over the road from the ASDA store, to the left of the old sailing ship. Ronnie Chambers adds; ‘The Engineers Social Club five minutes from the ground opposite the police station, just off the town centre is okay, as is the Raglan Club just behind the visitors end. Usual club rules apply regarding entry for these.’ 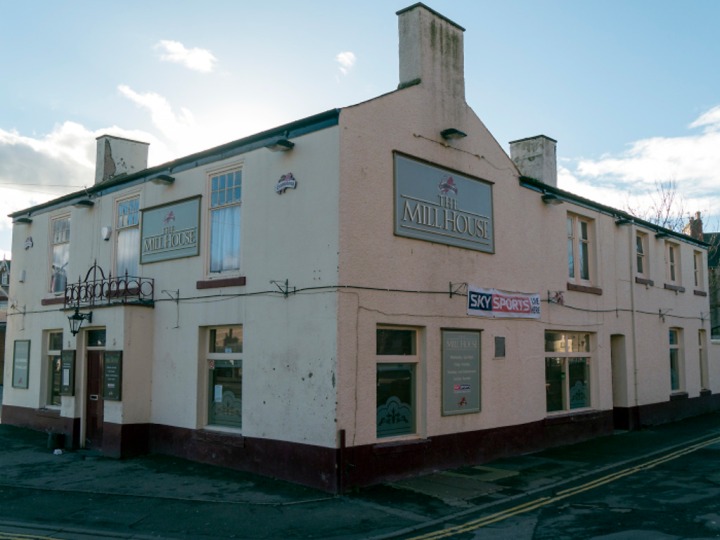 Otherwise, the ground is not far from the town centre where there are plenty of pubs to be found. These include; beside the Camerons Brewery on Vicarage Gardens, the Causeway pub. Whilst next to the Brewery itself is the Brewery Tap.’ Also on South Road is a Wetherspoons outlet called the King John’s Tavern. The Causeway, Brewery Tap and King John’s Tavern are all listed in the CAMRA Good Beer Guide.

Richard Wakelin informs me; ‘There is a micropub on the railway station platform called the Rat Race Ale House, which is listed in the CAMRA Good Beer Guide. It only serves real ale (no lager or keg) and only holds about 20 people. There is no bar as such (the patron disappears into a room and re-emerges with your pint), nor music or television. There are also no toilets inside (you are given a key to the station toilets). It’s rapidly gaining cult status on Teesside’.

From the A19 take the A689 towards Hartlepool. Stay on this road following the Town Centre signs for 2.8 miles, over two roundabouts. Go straight over the next two sets of lights, passing Hartlepool College on your right. The next left takes you to the stadium. If you miss the turning (as I did), go past ASDA on your left, left at the next roundabout and then left at the next traffic lights for the ground. There is limited car parking at the ground for away fans but these need to be booked in advance with the Club by calling 01429 272 584 (option 9).and they cost £5. Near to the Millhouse Pub (TS24 8AP ) off Raby Road (behind the Niramax Stand) is a car park which charges £3 on matchdays. Otherwise, there is some street parking albeit a bit of a distance away, as a residents only parking scheme is in operation on matchdays around the ground.