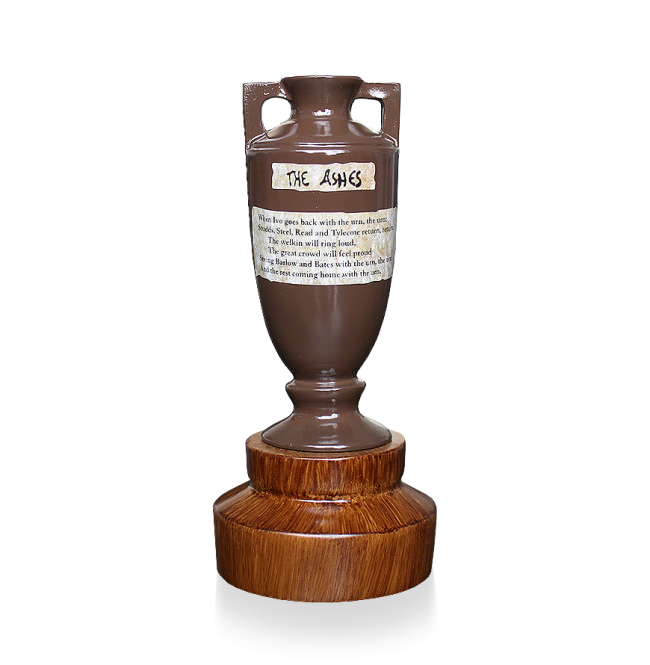 Its name originated in a mock obituary published by The Sporting Times immediately after Australia’s victory at The Oval in 1882. It was Australia’s first test win on English soil. The response? The death of English cricket apparently, but also the birth of the most celebrated Test series in cricket history.

The first test match between Australia and England took place in Melbourne, Australia in 1877. However, it wasn’t until eight more tests later that the Ashes legend began. Whilst on their British tour, the Australians played one test at The Oval, London and after scoring a mere 63 runs in its first innings, England took the lead in the match by putting 101 on the board. Australia then improved on their 63 to post 122 and England needed just 85 runs to win on home-turf. Seemed possible right? Wrong. Australia’s fast bowler Fred Spofforth devastated England and took his final four wickets for only two runs. England’s last batman needed to score just ten runs to win however only managed two before being bowled. The Oval fell silent – England had lost on home soil by 7 runs. 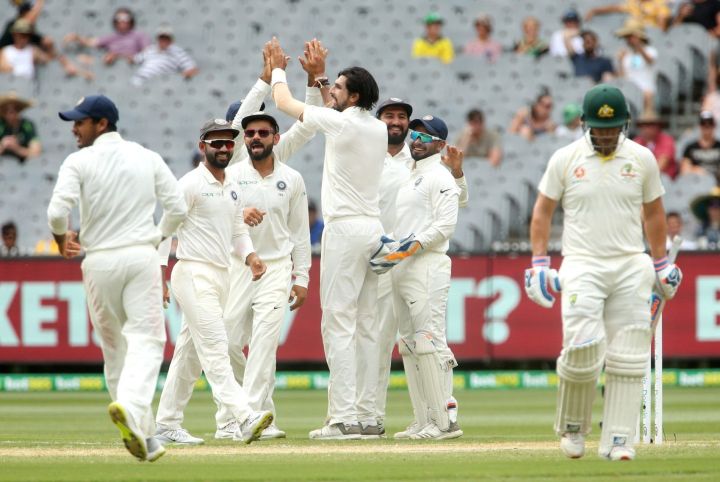 The defeat was one that was widely recorded by media and press. The Sporting Times published a mock death notice for cricket on 2 September. It read:

In Affectionate Remembrance of ENGLISH CRICKET, which died at the Oval on 29 August 1882, deeply lamented by a large circle of sorrowing friends and acquaintances. R.I.P.

N.B.—The body will be cremated and the ashes taken to Australia.

A few weeks later, Hon Ivo Bligh (later Lord Darnley) captained England and set off to tour Australia. After realising that ‘The Ashes’ concept caught the imagination of the sporting public, Bligh vowed to return with them. Australia vowed to defend them. Game on.

After three scheduled matches and many social matches against the Australian national side, Bligh was given a small terracotta urn as a symbol of the ashes and his travels to Australia to bring them home.

Over 100 years on, the tiny, delicate and irreplaceable artefact resides in the MCC museum at Lord’s, London.

England’s 2-1 series win in 2005 stands out as one of the greatest series’ ever in terms of drama and was the first time that England had defeated their arch rivals in an Ashes series since 1986, with Australia winning eight in a row between them. Since the tables have turned somewhat with England having not lost a home series to the Aussies since 2001, indicating that they currently have the edge since the turn of the century.

Across the entire history of this famous battle, there is very little to separate the two nations. Australia have won 33 series to England’s 32 with five drawn. It’s interesting to note that both teams have won just over half of the series’ on home soil, whereas away from home both teams have claimed 14 series wins or 40% of all historic series’. 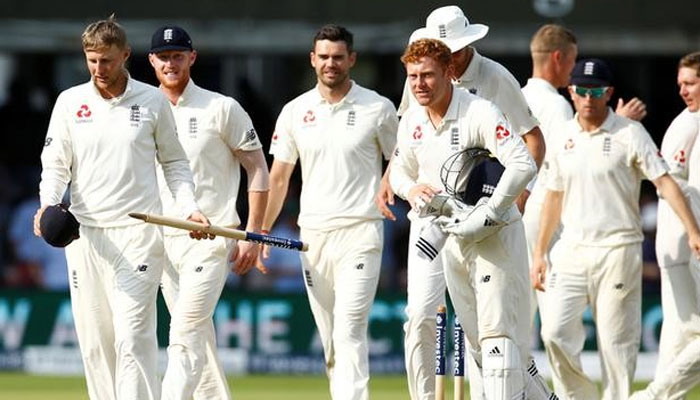 It’s fair to say that this year’s Ashes series could be iconic, especially after England’s recent fairytale triumph over New Zealand (and convincing semi-final win over Australia) to be crowned as World Cup champions in the ODI format.

After having Australia 122/8 at ‘fortress Edgbaston;, captain Root lost the plot rather and the psychological advantage shifted firmly to the green and gold who went on to a comfortable victory.

So will the urn return to home turf again to complete what would be considered as England’s greatest year of the sport ever?

Another gloomy forecast for this week means that the rain could affect the outcome of this series.

Ashes 2019: I’ve got nothing to lose and a lot to gain, says Jack Leach 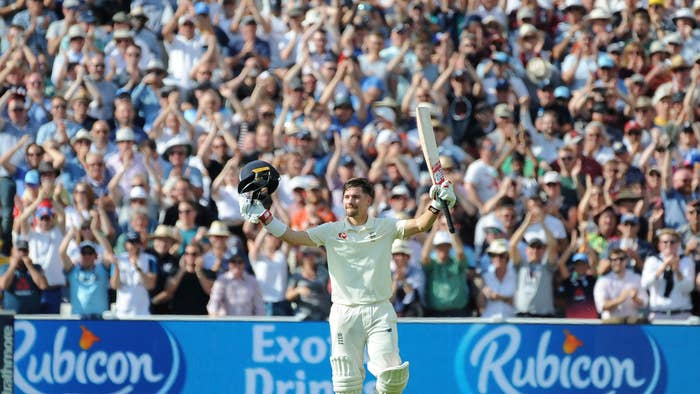 Jack Leach says he has “nothing to lose” after being called up for the second Ashes Test against Australia at Lord’s.

Leach will be tasked with slowing Steve Smith, who scored a century in both innings last week to put England to the sword, but the Somerset man is keen not to overthink the task ahead.

“It feels like I’ve got nothing to lose and a lot to gain,” Leach said on BBC 5 live’s Sportsweek programme. “I just want to go and do my thing.”

Leach’s last appearance at Lord’s saw him famously score 92 as a nightwatchman as England overcame a dismal first innings to beat Ireland in an Ashes warm-up.

But this week all the focus will be on his bowling as England hope he can be the man to crack Smith.

“There has been a focus on his supposed weakness against left-arm spin,” he said.

“I suppose those stats are there but I’ve just got to – if I’m in the 11 – I’ve got to do my thing and bowl as well as I can and see what happens.

“It’s the same for every batter. I want to get every batter out. Yes, there’s Steve Smith but there’s 10 other guys as well and I’ll be focusing on all of them”.

Five reasons England can be cheerful for Lords second test 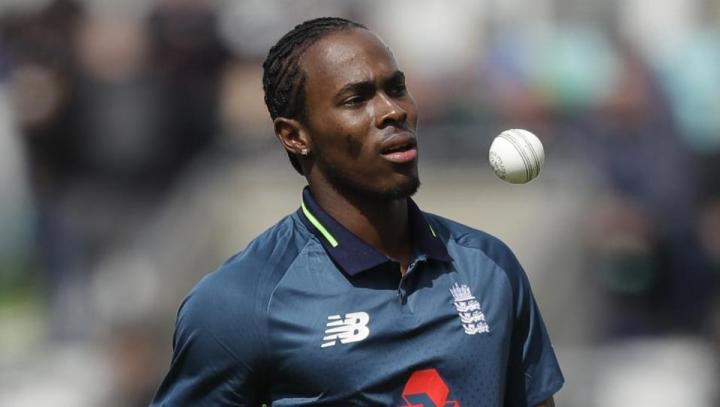 Being careful not to downplay the impact on England’s attack of the aforementioned injury to James Anderson, the home side are about to welcome their most anticipated Test debutant since Graeme Hick.

While batsman Hick never quite cracked international cricket (and, incidentally, is now in the Australia dressing room as batting coach), Jofra Archer already looks born to play on the big stage.

Four months after qualifying to play for England, the pace bowler was trusted to bowl the super over in the World Cup final. That he delivered the goods was down to an education in the highest-profile Twenty20 leagues.

Not only that, but Archer brings a much-needed point of difference to England’s bowling. Eighteen months after seeing Steve Smith feast on a diet of right-arm fast-medium and off-spin, England picked four right-arm fast-medium bowlers and an off-spinner at Edgbaston. It is little wonder Smith cashed in again.

Archer has the 90mph pace England are crying out for and can also make the red ball talk (search the internet for videos of his bowling in the County Championship). Along with left-arm spinner Jack Leach and maybe even the left-arm swing of Sam Curran, England’s bowling is instantly looking if not better, then certainly more varied.

Maybe it’s wrong to place too many hopes on the shoulders of a man who has never played Test cricket before. But if anyone can make an instant impact, it’s Jofra Archer.

Woakes is the lord of Lords 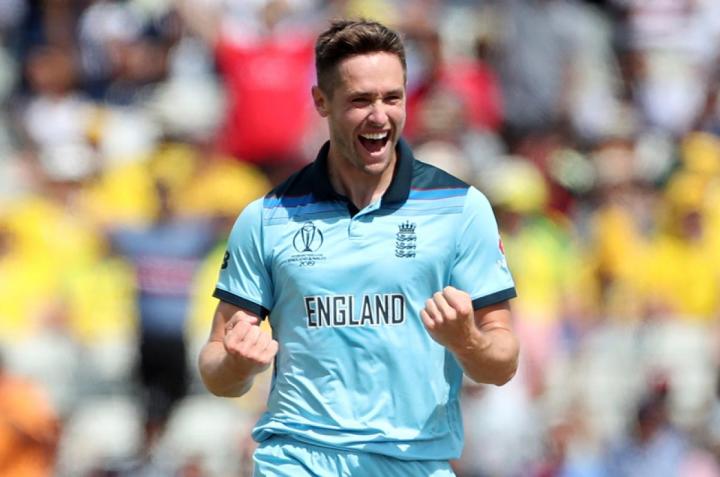 Chris Woakes has endured his fair share a Smith-shaped suffering. He made his debut in the Test that Smith scored his maiden century, then managed to dismiss the batting phenomenon just once on the last tour down under, when his wickets cost 49 apiece.

Woakes at least got his man at Edgbaston, but by that time Smith had 286 runs in the match.

At Lord’s, though, Woakes is a different beast. In fact, if Smith’s batting is currently drawing comparisons to the great Sir Donald Bradman, if anyone in the future has a good game at Lord’s, people will say they have ‘done a Woakes’.

No-one to have taken at least 20 Test wickets at the home of cricket has done it more cheaply than Woakes, whose 24 victims have come at 9.75 runs apiece.

It is the fourth best bowling average at a single venue of any bowler in Test history and the three better were all playing more than 70 years ago.

On top of that, Woakes is one of only five men to have scored a century at Lord’s, as well as taking five wickets in an innings and 10 in a match.

If the Brummie Botham continues that sort of form this week, there’s a great chance of England levelling the series and Lord’s changing the name of the Grace Gates to the Woakes Gates.

Smith is due a failure 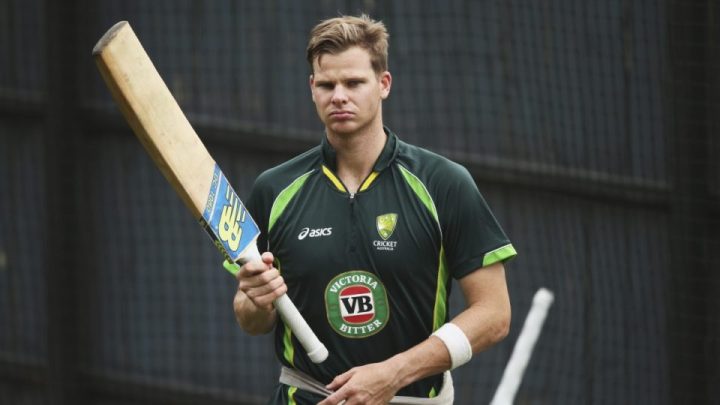 At the moment, Smith is to the England cricket team what Lord Voldemort is to Hogwarts. A name that must not be spoken, a batsman whose evil powers cannot be matched by those on the side of good.

The numbers back it up, too. Of Australians to have scored more than 1,000 Ashes runs, only Bradman can better Smith’s average of 60.84.

However, when he walks out to bat at Lord’s, no doubt fidgeting with, tugging at and adjusting his kit, he will be battling the weight of history.

Added to a hundred at The Oval in 2015, Smith’s twin centuries at Edgbaston made it three consecutive Ashes tons in England.

No player, on either side, has made four hundreds in as many innings in Ashes Tests in England. Not even the Don.

If Smith really does register the failure that is due, England must pounce.

Opening up the cracks

In the rubble of England’s Edgbaston defeat was the diamond of Rory Burns’ maiden Test century, the first by an England opener not named Alastair Cook or Keaton Jennings for four years.

Before he took leave of his senses in the second innings and tried to hit Nathan Lyon to Solihull, Jason Roy shaped up nicely, hinting that he could transform his one-day form into Test success.

By contrast, Australia openers David Warner and Cameron Bancroft managed 25 runs across four innings between them. Warner was twice snared by Stuart Broad and Bancroft looked like a man whose technique had gone to the same place as his sandpaper.

Warner did not play in the intervening drawn tour game against Worcestershire, while Bancroft made only 33 and seven as opening partner Marcus Harris scored 67. Both incumbent openers arrive at Lord’s short of runs.

Admittedly, all of Australia’s middle order contributed runs at Edgbaston, but will feel increasing heat if they continue to face early exposure to the moving ball.

Warner is a proven Test opener and is likely to get runs at some point. The longer England can delay that, the greater the chance they have of getting back into the series. 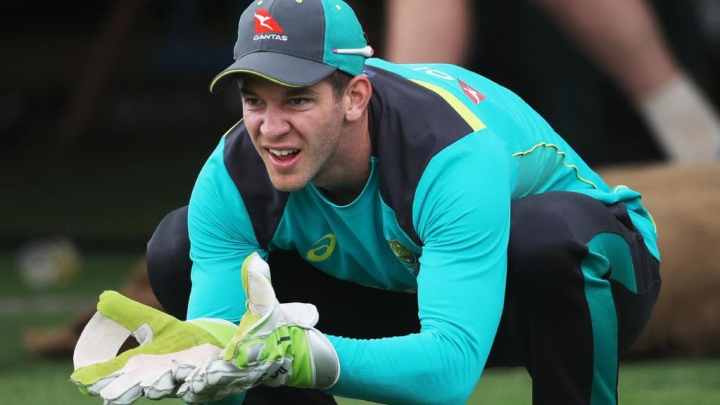 Tim Paine was a steadying hand to captain Australia in the wake of the ball-tampering scandal, but the fact remains that the wicketkeeper has only scored one first-class century – the same number that fellow keeper Matthew Wade, playing as a specialist batsman, made at Edgbaston.

If Paine wasn’t captain, would he be in the Australia team? He is a fine gloveman, but would Wade or Alex Carey be a better option as a keeper-batsman?

Before the first Test, Paine was forced to answer that very question in a tetchy press conference where he also (possibly incorrectly) quoted Winston Churchill.

In Birmingham, he made scores of five and 34 and was occasionally scruffy with the gloves. If his team had not won, debate over his place would have continued all the way to Lord’s.

An England victory there, one in which Paine struggles, would not only get them back into the series, but also potentially destabilise the Australian leadership for the rest of the series.

And finally… the weather! With the Met Office announcing that our summer is officially over (with most of us wanting to know when it was that it had actually begun). here is the outlook for Wednesday at Lords via Accuweather…