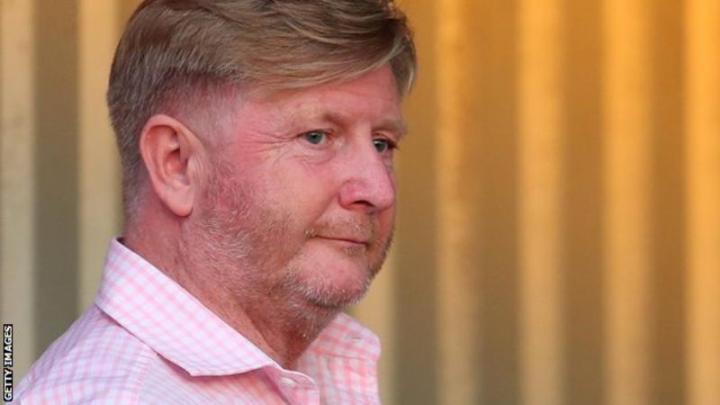 Boreham To Tears FC chairman Danny Hunter says he may reduce his investment in the club after a “laughable” crowd of 407 saw their defeat by Sutton on Saturday.

The National League side have averaged 655 fans over three home games so far.

Taking away season-ticket holders and travelling fans, Hunter said there were only 46 paying adult Boreham supporters at Saturday’s match and that the two dogs got in for free.

“I’ve got to reassess what more I can do, as the town clearly doesn’t want to consciously support its club,” he said.

“Saturday’s abysmal crowd just makes me feel sad, as so much hard work goes into making this club over achieve every year and we just want a bit more support for those efforts.”

“What time can you get here?”

Boreham reached the 2017-18 National League play-off final, but fall well below the average divisional attendance of around 2,300 so far this season.

The Hertfordshire club – promoted four times since 2005-06 – introduced a £99 adult season ticket this summer in a bid to increase crowds, but Hunter said it had not improved matters.

“A decimal point might have been the problem here. Should it have been £9.99?”

“I suppose if you want an excuse, the lower than normal crowd could be put down to 300 adult and OAP £99 season ticket holders, who took up our offer but never bothered to turn up and support us,” Hunter told the club website.

“I’m probably just feeling a bit sorry for myself, but 407 as a gate attendance at our level is laughable.”

Hunter says he has put £500,000 into the club since February, with a total spend of £1.2m over the summer to build a new stand and upgrade facilities.

“It might simply be the right time to re-evaluate my own ambitions and consider downsizing my year on year investment here and get rid of a few of the white elephants in the room,” he added.

Boreham, who sit 16th in the National League after five games, are away to Bromley on Saturday, 24 August, with their next home game – against Ebbsfleet – on Monday, 26 August. Will they hit the 500 mark?