For those of you heading off to Stockport County this Saturday, I’ve prepared  this little micro-guide, packed with info and featuring a video I’ve put together that includes a stadium tour and an intro to Stockport itself by interweb sensation Freda Chattington.

Of course I’d love to be going myself but refuse to fork out £140 for a ticket on Virgin Trains. Instead the money will be used for Barnet three days later and if this weather forecast holds, I’ll be sunning away on a beach somewhere with a tranny (sorry, Freda)

not too far away.

I’ve also updated the admission prices from what shows in the STADIA section and most of you will know that tickets have to be booked at Eventbrite online.

Any road as they say north of Watford, without further ado, here’s some details on the stadium and where to get a pint or three… 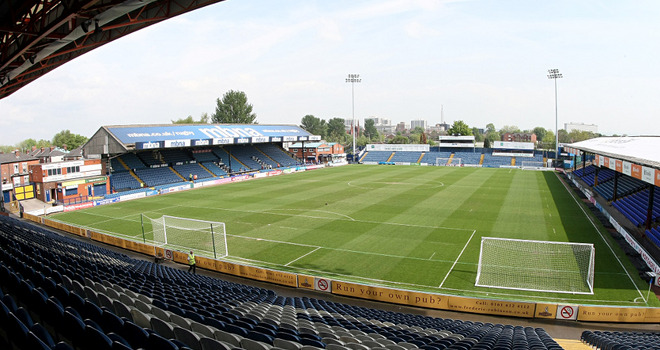 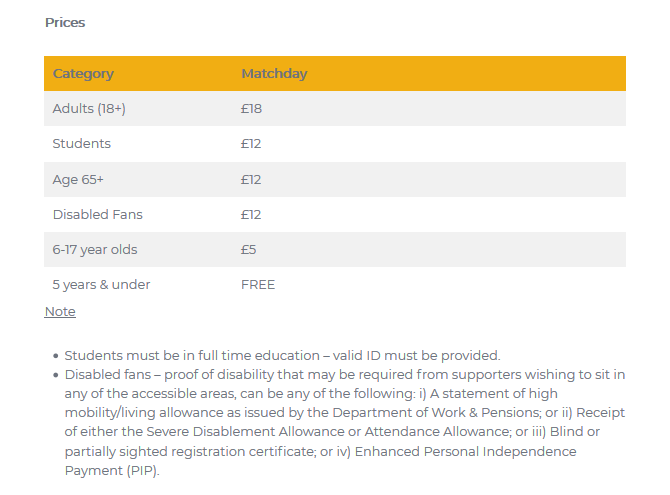 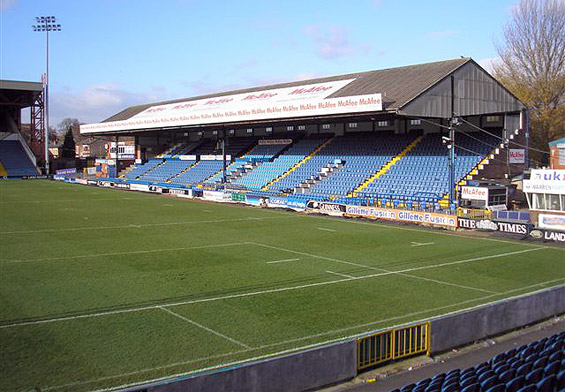 Edgeley Park seems bigger than its just under 11,000 all seated capacity. This is probably due to the presence of the large Cheadle End Stand which towers over the rest of the stadium. This stand which was opened at the beginning of the 1995-96 season is two-tiered, covered and all seated. It has a large lower tier, with a smaller upper tier above. The stand is ‘encased’ by large red tubular steel supports and is flanked by two large modern looking floodlight pylons. 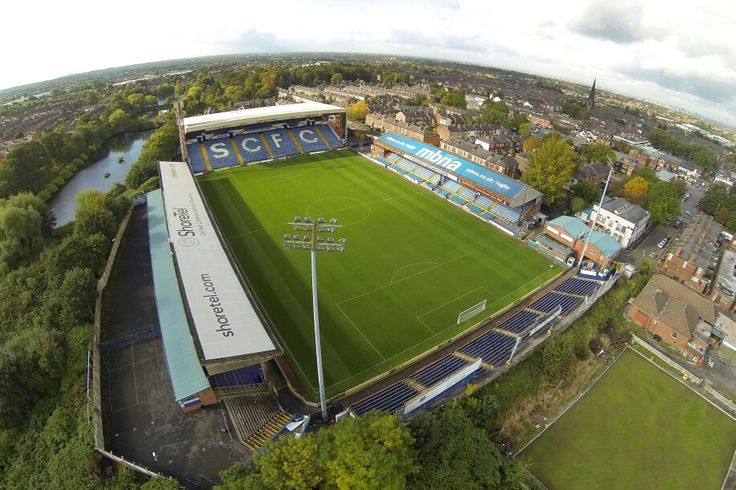 Opposite, is the Railway End, a former open terrace which was converted to a seating area in 2001. This end has been unused on matchdays for some time and the club have elected to cover the seating in large advertising hoardings. Above the Railway End is a small electric scoreboard. Both sides are quite old looking stands, that are both covered and all seated. The Danny Bergara Main Stand (which is named after a former manager) is only about two thirds the length of the pitch and straddles the halfway line. This stand was opened in 1936. Originally it had a terrace at the front but this was filled with seating in the 1980s. It is particularly striking when viewed from outside, with its bright blue and white colours. On the other side is the Popular Side, known as the Vernon Stand, a former covered terrace which is now all-seated. Part of this stand dates back to the late 1920’s. 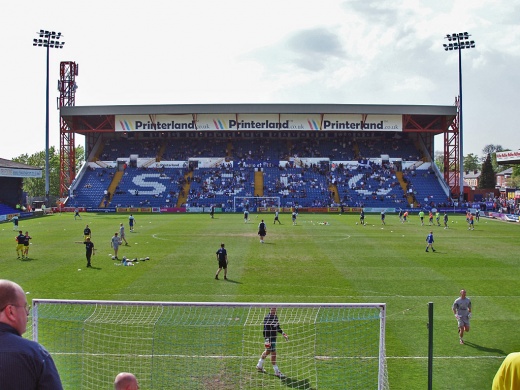 Away fans are normally housed on one side of the Popular Side Stand, where up to 900 seats can be allocated, across two blocks. This stand is covered, however, there are a number of supporting pillars which could impede your view if there is a large turnout. But really for most visiting teams then this area is more than adequate. You can access the entrance to this stand by walking behind the large Cheadle End and through the car park. Strangely after entering the ground you then you have to walk across the front of the home fans section to reach the away area. However, I have not received any reports of this causing problems.

For the really big games then visiting supporters can also be allocated all or part of the Railway End, where the capacity is 1,366. This former terrace has been converted to all seating but is lacking a roof and so you are at the mercy of the weather. The facilities within the ground are pretty good, with modern toilets, whilst the refreshment kiosk staffed by friendly faces, offers a good range of pies. As Stockport County are a well-supported club, then this can make for a lively atmosphere within the ground.

If you are an airplane spotter then this is your ground, as during the game many large airplanes fly over Edgeley Park having taken off from nearby Manchester Airport!

Preston Shot will know where best to go but here’s a few ideas. There is a small Labour Club (C.I.U. Affiliated) right by the entrance to the Railway End, that allows visitors in, for a small entrance fee. It is a small club that could do with modernising, but I found it both comfortable and welcoming. Around a five minute walk away is the Armoury pub, which is located beside the roundabout at the top of Castle Street and serves beers from the local Robinson’s Brewery.

Steve Johnson recommends ‘The Armoury is excellent for away fans. The Landlord is very friendly, the Robinsons beers are excellent and the home fans there are very welcoming’. This pub also shows Sky Sports and is not far from Stockport Railway Station. Also near the station on Chatham Street is the CAMRA Good Beer Guide listed ‘The Olde Vic’.

Otherwise there are a number of pubs along a shopping area, across the main road from the away end. Probably the best is the Royal Oak just at the end of Castle Street. Very friendly, away supporters are welcomed and they also show Sky Sports.

John Keane adds; ‘away fans will get a warm welcome in the Sir Robert Peel half way up Castle Street. One pub to avoid is John Jo Greens’.  Whilst Vaughan Skirrey a visiting Sheffield Wednesday supporter recommends ‘The Grapes’. As you come up the hill from the station, the pub is on the left at the top of Castle Street. Please note that alcohol is not available in the away end. 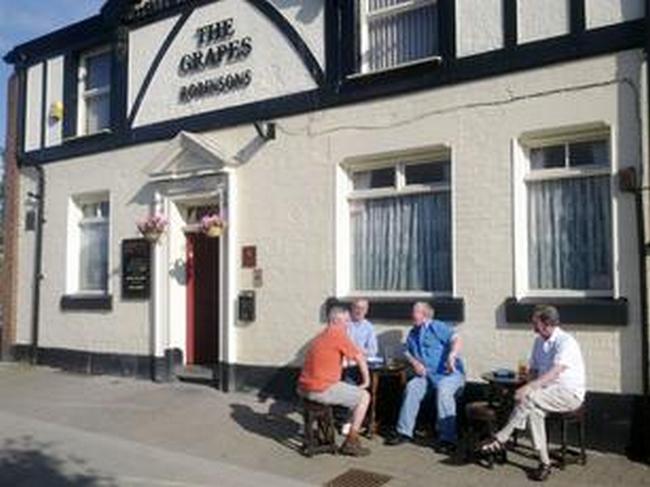 Adam Hodson adds; ‘If you are near Edgeley Shopping Centre then I would recommend the  Friary in Castle Street, which is one of the best fish and chip shops in Stockport.’

Stockport Railway Station is situated approximately half a mile from Edgeley Park. Walk down steps from platform and turn left (opposite direction to booking office). Walk up Station Road, turn left at the top and cross at the pelican crossing before the roundabout.  Take the A5464 (Mercian Way) and turn left into Caroline Street for the stadium.

The Edgeley Park ground is well signposted around the area.From The South
M6 to Junction 19. Take the A556 towards Manchester/Altrincham. Then join the M56 towards Manchester Airport. After a few miles leave the M56 and join the M60 towards Stockport. Leave the M60 at Junction 2 (the A560 Cheadle turn off) and at the roundabout take the A560 towards Stockport. At the traffic lights (with the Farmers Arms pub on the right-hand corner) turn right onto the B5465 Edgeley Road. Continue along Edgeley Road, passing a Morrisons supermarket on your left and continue straight on at the mini roundabout. Go through two sets of traffic lights and as the road bends around to the right, the floodlights of the ground can be seen on the right-hand side. Turn right into Caroline Street and the ground is at the bottom of this street.

From The East M62 to junction 18. Take the M60 towards Stockport. Leave the M60 at Junction 1 and head towards Stockport. Turn right at the second set of traffic lights to go onto the A560 towards Cheadle. Then turn left into the B5465 Edgeley Road (with the Farmers Arms pub on the left-hand corner). Then as ‘From the South’.

From The North
M6 to Junction 20A and then take the M56 towards Manchester Airport and then join the M60 towards Stockport. Then as ‘From the South’.

Mostly street parking, although beware of some new residents only parking areas that have been introduced recently.