Below is the live reporting from today’s embarrassing defeat at fellow strugglers Chesterfield.

It was the offer of a lifetime when it went out on Facebook and Twitter and even reached ShotsWeb. To get a free lift to Chesterfield today you had to have been of ‘smart’ appearance but more critically, live within five miles of the EBB Stadium.

The caveat IS that that is NOT a dig at Shahid or the very generous nature of his offer. It’s just a bit of fun! We wish whoever takes up the offer has a great day out and better still, sees us get three points.

Anyway, with me staying home today and having done a couple of Vanarama live thingummies on here, I thought it would be a nice idea to do a live report, including latest ATFC-related tweets and the match feed integrated during the game itself and the latest National League scores so, a good idea to bookmark this one if you’re at home.

Why not precict today’s score in our Crowdsignal poll; you’ll find it further down this post.

Shots fans going to this one has been a bit of a slow burner but we could muster around a hundred or so finally… wait and see! Word has it North Stand behind the goal which should appease most.

Those regular readers who read through the post “On The Road Again: Shots @Chesterfield” will have seen the selection of pubs and bars on offer but have come up with ones of their own, some based of course on previous trips.

Chesterfield vs Aldershot head to head

You have to take these things at face value when you find them of course but in the trust of accuracy, here’s something to chew over pre-game.

Happier times for the Spireites. Before the first goal though you can clearly hear “red and blue army”. You can bet their home end won’t be as busy as that today!

Well that’s it for now; breakfast calls and I’ll pin this to the forum and social media to get the ball rolling.

Chesterfield’s situation is somewhat of a surprise, given that manager John Sheridan is still there and they have a few decent players in their squad. But then so do we and unless a team gels as a unit, they can be easy pickings for other big birds.

From L-R: Will Evans, Curtis Weston and Scott Boden. Apparently Evans has long diagonal balls that will need keeping an eye on.

Clearly they have issues the same as ourselves in finding the net but perhaps more of a worry is conceding goals and that is where I really hope we can cash in today in the first of two six-pointers before the Dover home game.

10 things you may or may not know about Chesterfield

09:16 AM: Nothing much on Twitter yet. Shots fans having breakfast and/or starting their journeys.

11:43 AM: Seems another dreadful day for folk going to football by train:

14:30 PM – Tinkler returns as captain. Both our forwards who don’t score come back in so Fletcher on the bench.

3’ Berkeley-Agyepong drives forward and shoots from 25 yards but the ball flies over.

8’ Mullings is played in by Panayiotou, Mullings fires the ball across the face of goal. Good start from the Shots!

10′ Boden is called back for offside for the home side after initially been put through on goal.

A great ball through from Powell sees Panayiotou through, but Jalal’s saves falls straight to Chislett who smashes in the rebound!

13’ Berkeley-Agyepong wins the ball in the box but can only find the side netting.

15′ The hosts come close as Denton can’t quite meet a delivery from the right hand side.

17′ Tom Denton meets a cross from the left, but the Chesterfield striker sees his header hit the post before going behind for a goal kick.

24′ Denton heads over from a Liam Mandeville free-kick.

27′ Shamir Mullings gets in behind the Chesterfield defence but he can’t find anyone in yellow with the cut back.

31′ Big chance for Mullings who puts the ball over from 7 yards!

33' A big save from Walker as he is able to prevent Rowley one-on-one! 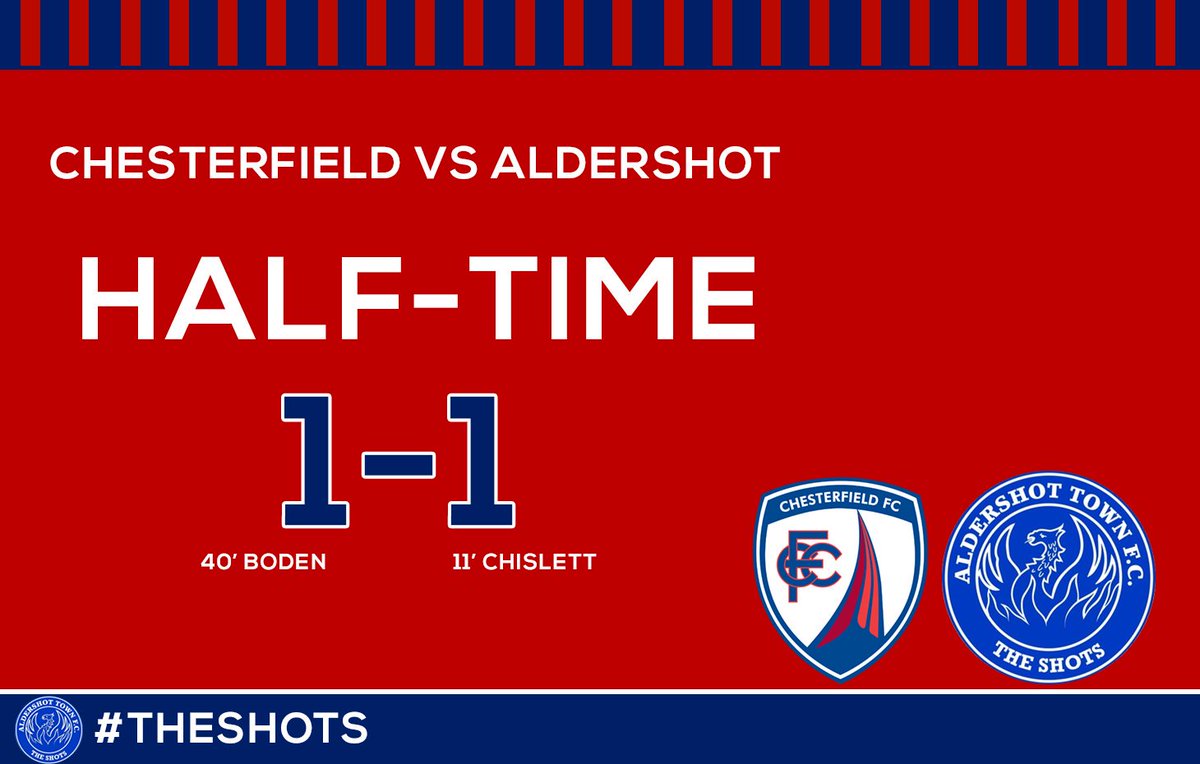 Very open half A draw is about fair for the 1st half. Great to see Ethan get ANOTHER goal. Now to take advantage of a less than impressive Chesterfield defence…… COME ON. LADS. 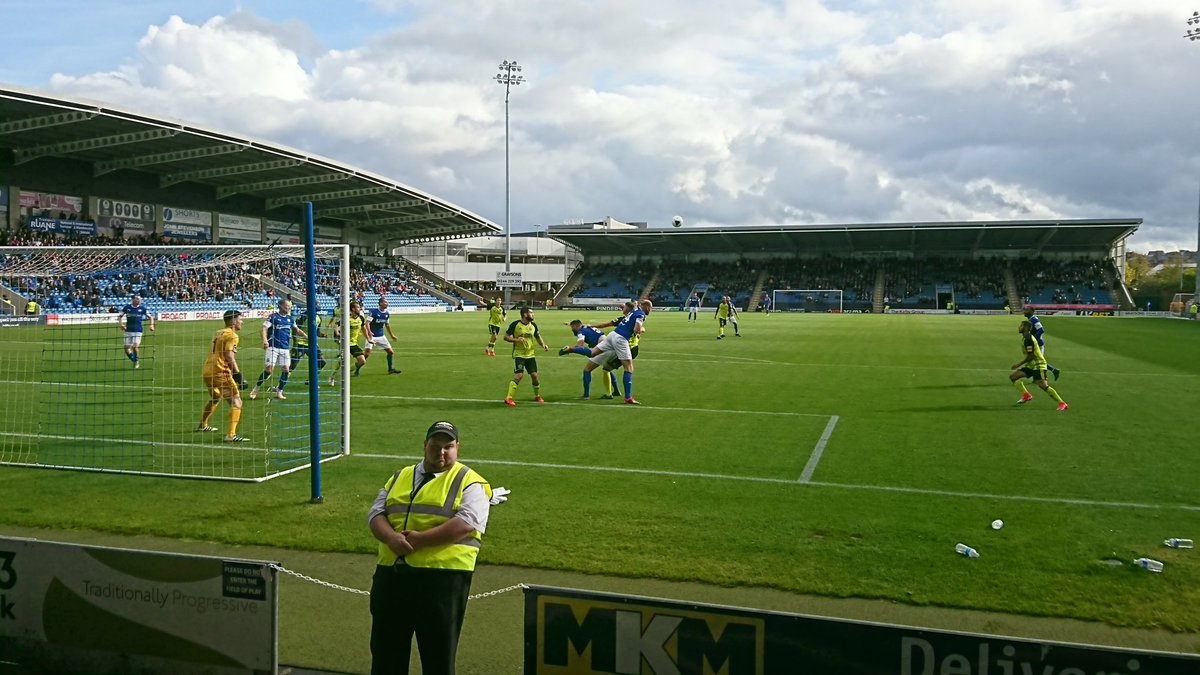 Awesome – proud of you all!!

We are awarded a penalty as Mullings is upended in the box but HP blazes it over!

68′ Final change for the hosts.

74′ Panayoitou has the ball in the net but the flag is up for offside.

76′ Josef Yarney booked for a late challenge on Ethan Chislett.

79′ Lyons-Foster has a shot from 35 yards that goes well wide.

Even worse news… Wrexham, who have a game in hand on us remember, take the lead against Ebbsfleet. This is turning into one of the saddest days ever this season. Already I feel saddened, angry and many other emotions will be on their way.

82′ Panayiotou fires a shot across the face of goal from a tight angle! The Shots are pressing for an equaliser.

86′ First change for the Shots.

ALL OVER. Even Woking’s defeat scant consolation. Absolutely gutted. Like we all are.