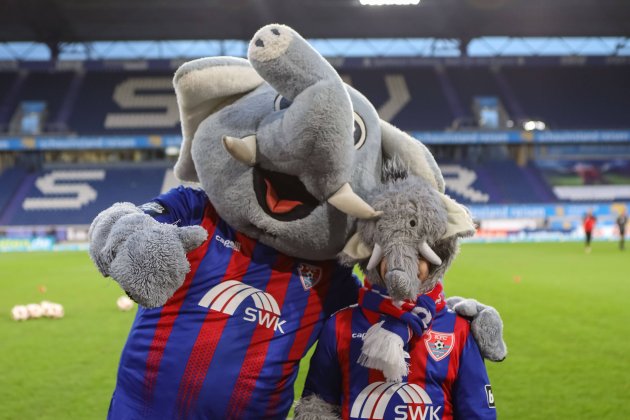 Soccer is massive in Germany. In many ways, the teams from its local leagues are a reflection of the country itself. And in other ways, their names are just plain funny.

And just how big is soccer in Germany? Germany has a population of over 80 million people (82.79 in 2017), and about 6.5 million of them belong to one of the over 27,000 soccer clubs in Germany nationwide. The DFB’s local league and team website fussball.de lets your browse from the top tier all the way down to the lower levels of amateur leagues based in rural villages. 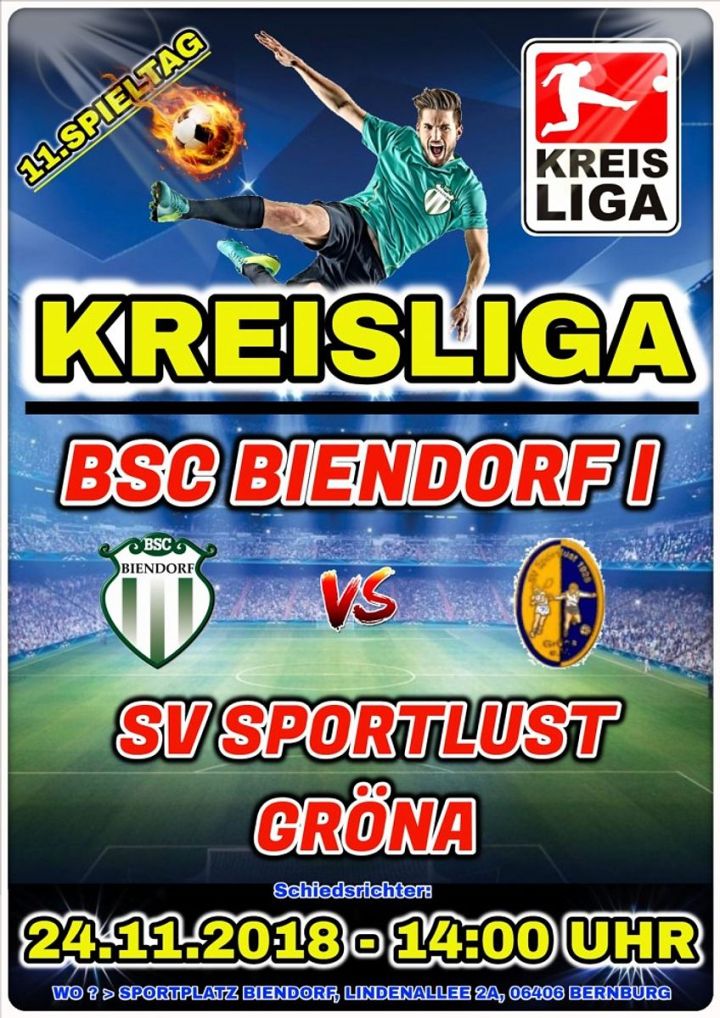 FC Sexau: Pronounced “sex-ow,” this painfully sexy little club is based in a tiny village north of Freiburg in southern Baden. Their first and second teams are currently in first place of the 2. Kreisliga B and C! Aw yeah!

The “hymen-villagers” hail from the far north, currently dead last (13th) in the “1. Kreisklasse – Kreis Cuxhaven” — something like the 9th tier — near the North Sea, north of Bremen and west of Hamburg. 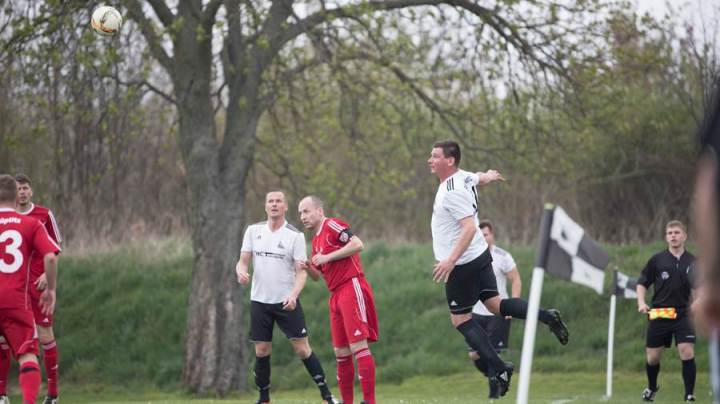 The ‘titz hail from Saxony, northeast of Leipzig. They’re currently second behind ESV Delitzsch in the “Ur-Krostitzer Nordsachsenliga.” 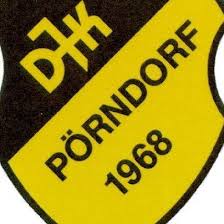 Where, you ask, lay Pörndorf? Why, in eastern Bavaria, about 40km west of Passau. This particular club is especially naughty, because it’s exclusively a youth club. The DJK stands for “Deutsche Jugendkraft” (= “German youth power”), a very common acronym used for youth clubs.

The real Venusberg is a neighborhood of Bonn, but in medieval German myth the Venusberg was the home of a fairy queen and ultimately the inspiration of Richard Wagner’s Tannhäuser. 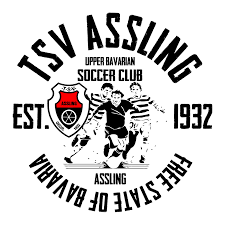 And of course TSV Assling 1932 is also based in Bavaria, about 45km southeast of Munich. The Asslings are currently 8th in the “Kreisklasse Inn/Salzach Chiem 2.”

There are a huge number of local clubs founded by the many immigrants who have made a home in Germany. First and foremost are Turkish clubs. Turkish clubs are so common in Germany that they have their own acronym. There are hundreds of clubs throughout Germany named Türkgücü (“Turkish power”), like SV Türkgücü-Ataspor München of the Turkish community of Munich. Many others bear the name “Türkspor” like Berlin Türkspor 1965 or Inter Türkspor Kiel in the far north.

There are many others, though, reflecting a wide array of nationalities. One standout I stumbled across is the Aramaic Christian club Aramäischer Kultur SV Leimen (“Aramaic Culture Sport Club Leimen”), based in a small town south of Heidelberg. There also are Greek clubs, like Griechischer SV Prometheus Köln-Porz 1964 (“Greek Sportclub Prometheus Köln-Porz”) from the Porz borough of Cologne; Italian clubs, like the confusingly named FC Eintracht Italia Köln (yes, Cologne has Italians, too); and many, many more.

If you venture into the former territory of East Germany, you’ll find a variety of clubs whose names recall the gritty, mechanical culture of the Soviet-backed state. Here, club names still evoke dedication to engineering and the hard sciences. 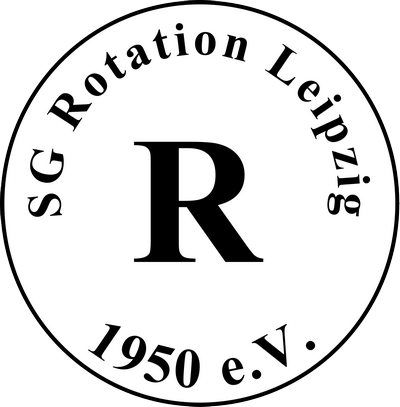 High-tech Bavaria has its own modern SV Plasmaphysik Garching, a soccer club founded by members of a local institute for plasma physics. Alas, a genuine FC Sprockets remains an unfulfilled dream.

One peculiarity of German soccer clubs is a predilection for rather cumbersome names. Virtually every soccer club in Germany has some sort of geographical term in it, ideally a city. Hence the FC Bayern Munichs and Borussia Dortmunds of the world. But in a nation full of tiny villages where everyone still plays soccer, it’s sometimes necessary to band together. That leads to some painfully complete club names. SG Butzweiler/Newel recently merged with the reserve team of SV Aach to create a new team called SG Aach/Butzweiler/Newel in the hinterland of Trier.

Of course, there are many other specimens of such club mergers. There’s SV Frisia 03 Risum-Lindholm near the border to Denmark. TSV Drelsdorf-Ahrenshöft-Bohmstedt, just a bit to the south, is so long they call themselves “TSV DAB” for short. My personal favorite, though, has to be SG Koosbüsch-Weidingen/Wißmannsdorf-Hütterscheid, although they now seem to have dropped Wißmannsdorf-Hütterscheid from the official name.

Of beers and beavers

Beers and beavers are regular occurrences in the German soccer federation — because of course they are. There’s FC 1934 Bierstadt (“beer city”) based out of . . . “beer city,” a suburb of Wiesbaden. Then there’s 1. FC Bierbach 1921 (“stream of beer”) near Saarbrücken, well west of Stuttgart. 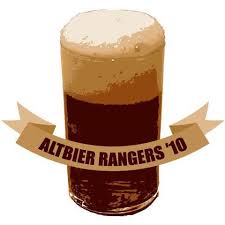 But it gets so much better: the Altbier Rangers (“ale rangers”) based in Düsseldorf survived for a few seasons, at least until 2014-2015 — the date of their last squad picture. The Bierfreunde Mett (“beer-friends minced-raw-pork” — yes, mett is minced raw pork) played in the “Hobbyliga” of Düsseldorf for a year.

FC Germania Bieber (“Germania beaver”), not to be confused with Justin Bieber FC (an Indian Justin Bieber fan club, of which our own Ineednoname is a member), is a small club near Offenbach, near Frankfurt. That is hardly the last beaver club in Germany. There’s FSG Biebertal (“beaver valley”), SV Bieberehren (“beaver honors”), SV Hofbieber (“court beaver,” like a court jester), and — my personal favorite — VfL Oberbieber, the “Club for Light Athletics Supreme-Beaver.” Believe it or not, Oberbieber is a real place, a suburb of Koblenz north of the Rhine.

A few German clubs sound like they’ve been taken straight out of the works of J.R.R. Tolkien, and maybe they have. Suspect no. 1 is SV Schwarz-Gelb Radegast. You might recall Radagast the Brown, whom the Istari sent to Middle Earth along with Gandalf the Grey. 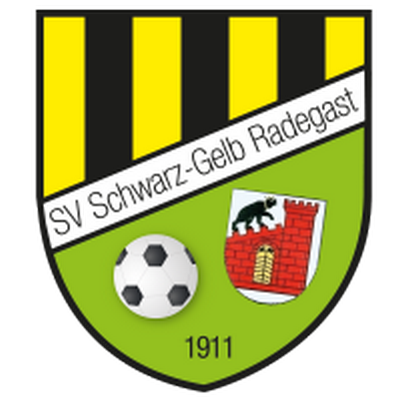 While Tolkien never elaborated much on Radagast’s personality, he was clearly a baller, playing as a (very) deep-lying midfielder for the forces of light against the Dark Lord. How he became Radegast the “black-and-yellow” in Eastern Germany is another tale.

And then some German club names just catch the eye on their own unique merits.

DJK Don Bosco Bamberg: “Don Bosco” isn’t Don Ballon’s latest competitor, but rather St. Giovanni Bosco, an Italian priest who became famous during the 19th century. Bamberg being in Catholic northern Bavaria, this youth team was founded by a priest in 1950 and once managed to win promotion all the way to the Bayernliga.

Worms is already just the coolest city name, but add the same name in Latin, and you get Wormatia Worms. The full name is VfR Wormatia Worms 08. This team is actually one of the bigger ones on this list, playing in the 4th tier of German soccer. They were even once in the top flight before the Bundesliga was founded in 1963.

KFC Uerdingen 05: Kentucky Fried Chicken Uerdingen? Alas, no. The unusual acronym KFC stands in this case for Kriegspiel-Gemeinschaft, “war-games-association,” derived from the name the club adopted during WWII. This KFC is based in Krefeld, just to the northeast of Mönchengladbach in North Rhine-Westphalia, and their mascot is reportedly the monstrosity named “Gerotifant” you see at the top of this page. 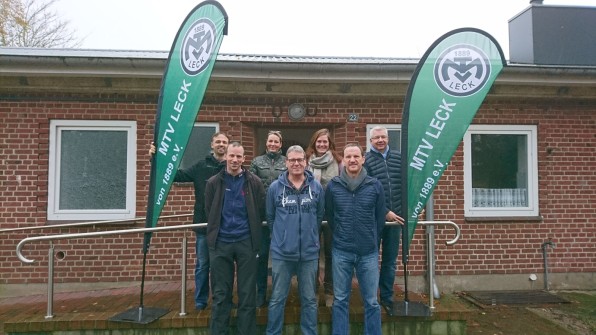 No, that’s 1889, not 1989, so no Dire Straits on this MTV. MTV is actually a fairly common acronym for German soccer clubs. It stands for “Männer-Turnverein,” i.e. “men’s gymnastics club.” This particular MTV, from Leck near the Danish border, has multiple divisions, including a chess team.

Here are a few others…

Polizei SV Flensburg III: The third team of a police department? Believe it or not, there are many clubs in Germany that trace their roots back to the local police. One of BFW’s writers in fact plays for a Polizei club based in Mannheim (disclaimer: they’re not actually all cops anymore). Polizei SV Flensburg was founded by police officers in northern Germany not long after WWI, in 1924.

FC Spöck 1929 or TV Spöck 1896? It’s so hard to choose. SV Spöck and TV Spöck are different clubs in the same tiny town of Spöck and share virtually the same grounds. They’re based in fact right across the street from one another.

SV Battuna Beach ‘99: I can’t find where exactly this club is based, but it plays in a 1. Kreisklasse league against a bunch of villages north of Leipzig. Maybe one of the local ponds is called “Battuna”?

1. FC Ranch Plauen: This unusually named club is also based in Saxony, but south of Leipzig. There’s also a 1. FC Wacker Plauen, and SV Concordia Plauen, and a VfB Plauen Nord. That’s a lot of Fußball for one Plauen!

SSV Blau-Weiß Barby: Another blue-white Saxon club near Magdeburg. Barby just happens to be the town’s name. They’re still searching for their own SV Ken. 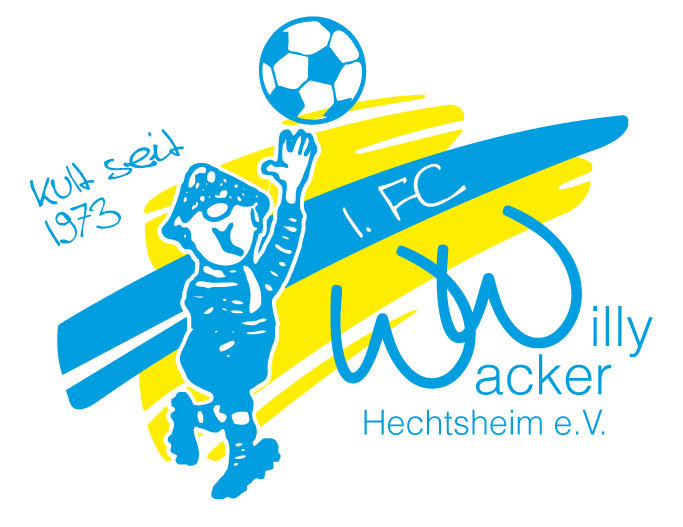 Willy Wacker and the … sausage factory? As the club’s page explains, after the club was founded and celebrated its first win, the founders settled on the name “FC Willy Wacker” after a Saturday comic series in the local newspaper in Mainz — but changing an i to a y. Willi Wacker was the German version of cartoonist Reg Smythe’s Andy Capp.

PSV Bork: Bork bork bork! This club is based in the village of Bork just north of Dortmund.

1. FC Aha 1976: FC Aha! Aha is a hamlet just outside of Frickenfelden, which in turn is a part of Gunzenhausen (each of them has their own FC [insert town name here]) — all in Bavaria, of course, between Munich and Nürnberg.

And on Nürnberg, as I had been conversing with someone in Hamburg on one of the forums I frequent, it seemed a fitting end to this post to take a llok at them and where they’re at. 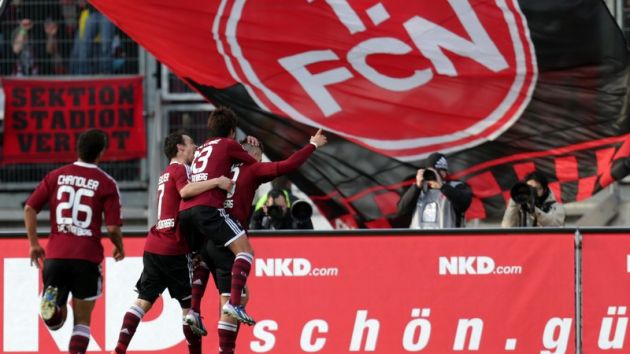 Since 1963, the club has played their home games at the Max-Morlock-Stadion in Nuremberg. Today’s club has sections for boxing, handball, hockey, rollerblading and ice skating, swimming, skiing, and tennis.

The Stadium Nürnberg, home of the great 1. FC Nürnberg, can boast over 80 years of enthralling history. Once called the ‘municipal’ stadium of Nuremberg, the venue has retained one defining feature: its classic appearance.

It all began when architect Otto Ernst Schweizer raised the idea of a stadium for the city of Nuremberg. By 1928, these plans had been put in motion and the region of Nuremberg could boast a brand new 50,000 capacity stadium. The architects of the main stand recreated it in the classic Bauhaus style. It is still listed as a protected architectural feature and can be admired today in its original form

During the time of National Socialism, the stadium was used as a site for party rallies and for the Hitler Youth. After the end of the Second World War in 1945, the US army converted the ‘municipal’ arena into a sports venue.

It wasn’t until 1963 that 1. FC Nürnberg returned to its old ground from before the war. As of 1963, the inaugural year of the Bundesliga, the Club began playing its home games here, soon equipped with grandstands and floodlights. From then on, the stands became places where people could witness unforgettable footballing moments in front of crowds as big as 75,000 (1. FC Nürnberg’s record attendance, set on may 30th 1971).

The first completed renovation took place between 1987 and 1991. The municipal stadium became the Frankish Stadium, a multi-purpose sports venue, developed to cater for sporting and cultural events and possessing a capacity of 44,833.

The second-to-last stitch in the fabric that is the stadium’ history came in 2004/05, when it was modernised and the capacity increased to 46,780 for the 2006 FIFA World Cup in Germany. And finally since the renovation of the stands in the winter of the 2009/10 season, the ground now boasts a maximum crowd of 48,548. It has been known as the easyCredit Stadium from March 13th 2006 till June 30th 2012.