ALDERSHOT TOWN deservedly took home three much-needed points from Berkshire in what proved to be a fairly comfortable encounter aside the final few minutes when either side might have scored again.

511 away fans observed a togetherness and belief that perhaps was last really seen in the away win at Wrexham. It was an expected decent away following with pubs and bars packed with Shots fans both in Reading and Maidenhead. 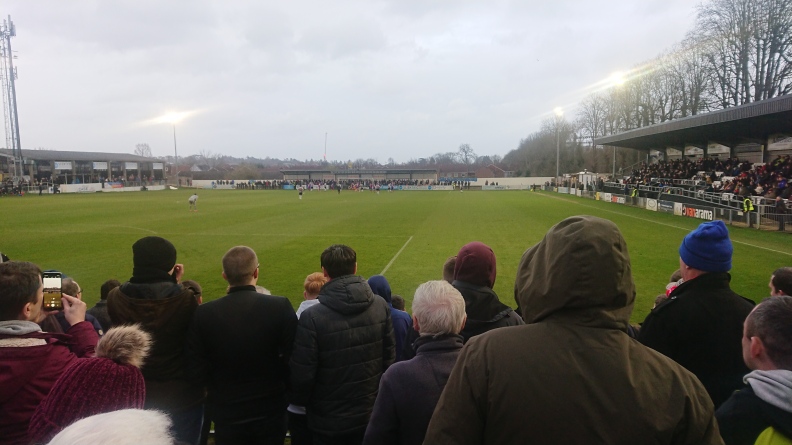 An upturn in our team’s fortunes didn’t coincide with an improvement to the wet and windy weather conditions where there had been predictions of milder climes but the rain held off and Shots took advantage of the wind and the slope with Dean Rance scoring again, smashing in a drive that damaged the net, his second recent goal having scored what might have been the winner at home to Chorley.

The journey up had been dismal as per with BR still repairing the broken track at Eastleigh that had caused such disruption weeks earlier.

And all these storms, Charlotte, Dennis… you wouldn’t have thought flooding would be quite so widespread…

Maidenhead responded with James Akintunde unleashing an effort into Mitch Walker who could only parry to the oncoming James Comley but he fired wide.

The Magpies had their wings clipped again immediately after that with a swift counter-attack. Lewis Walker gathered the ball outside the box and slipped in Harry P who coolly slotted past Ashby-Hammond. 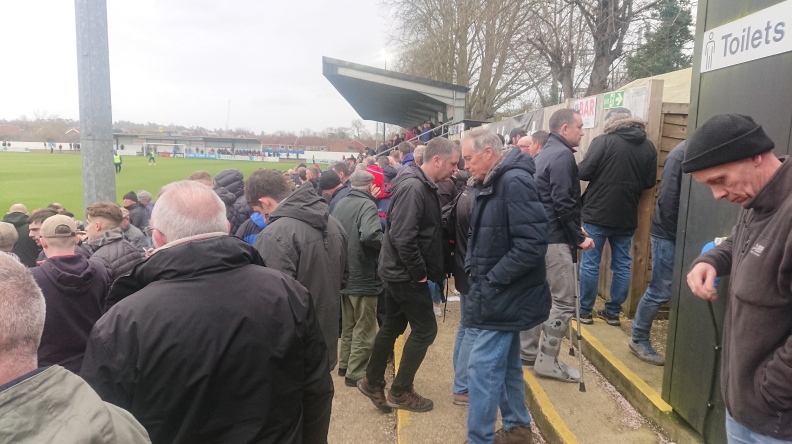 The wind was still a factor second half when Rob Worrall tackled the tricky conditions with his notepapers blowing all over the place! 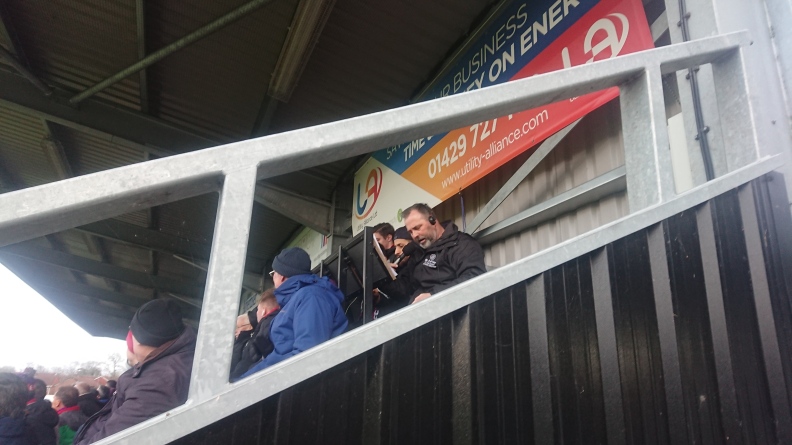 Maidenhead pulled a goal back on 66 minutes through Clerima but Shots ultimately hung on and introduced new Dutch winger van Velzen who looked quite tidy. I would like to include praise again for Koue-Niate who had a commanding game alongside Finney, the injury to Lewis Kinsella hampering what would otherwise have been a near as perfect day as you could get.

Through the streets and at Maidenhead and Reading stations the “battered” song resonated and it was a hark back to the old days of strong Shots away followings. Here’s a video clip after the game…

Ohhh Champione… the one and only… we’re Aldershot!”

After the game, the players gave us a great send-off as we did them but it was the animation in Danny Searle that I noticed the most; our reaction to that was to sing his name…

Pre-match and throughout the first half and without drums as Scotty said it wasn’t allowed in, their junior fans, average age 15 we reckoned, were put to shame by our slightly older vocalists and second half they’d trooped round to another home cowshed to watch their side’s demise anyway.

The official doing the 50/50 near us said they’d only given her two boxes of programmes so I spent the money on chips for £2.50 instead!

Not sure whether we can stop this star striker from Boreham Wood on Tuesday but I will be there and hopefully we can keep our impressive home form going, Hartlepool the last team to beat us at The Rec.

Published by Shot By Both Sides

View all posts by Shot By Both Sides

Each and every single cricket related thought of one Yorkshire born and dwelling, extremely average, retired village cricketer!