If we ever do get a 2020/2021 National League season then, at the time of going to press, it looks like Kings Lynn and Wealdstone are new places to visit for some, I’ve heard that Kings Lynn is a cracking day out and Wealdstone? Need to know more about Wealdstone. Apparently we’ve been there twice before when they were under the Ruislip moniker.

The Stones’ – as is their nickname – were formed at the tail-end of the nineteenth century in the 1899-1900 season. Their first game in October 1899 against Northwood saw the club’s footballing start well, with the club coming out on top with a 6-1 victory. This being a friendly though, they after joined Division Two of the Willesden & District League – soon joining Division One after Two was scrapped the next season. In 1903 the club settled at the College Farm Ground in Locket Road, and, a few years later, the Stones won Division One.

However, these early successes were cut short in 1906 when a notice was posted in the local paper stating that the club was being disbanded due to a lack of interest from players and from supporters. The committee proceeded to disband the club completely.

Two years after, however, the club reformed, re-joining Division One and, in 1910, moving home – this time to Belmont Road. The Stones managed to see another Division One victory in 1913, until the outbreak of the First World War forced the club to close once more. It wasn’t until 1919 that football got underway again, and with this, having been absence for almost a decade now, Wealdstone entered the London League and the Middlesex Senior League. The Stones also moved once again, this time exchanging Belmont Road for the new ground Lower Meade for the 1922-23 season.

The subsequent years saw considerable success for the club – the Stone’s seeing their biggest ever win in an FA Amateur Cup tie in October 1923 against The 12th London Regiment, the final score being 22-0. This game also saw the record set for goals scored in a match by a Wealdstone player – with Claude Mason scoring seven of these twenty-two goals. Later in 1926, the club also set its biggest winning margin in a league match – with the Stones beating Hertford Town on Christmas Day 1926 sixteen goals to two. 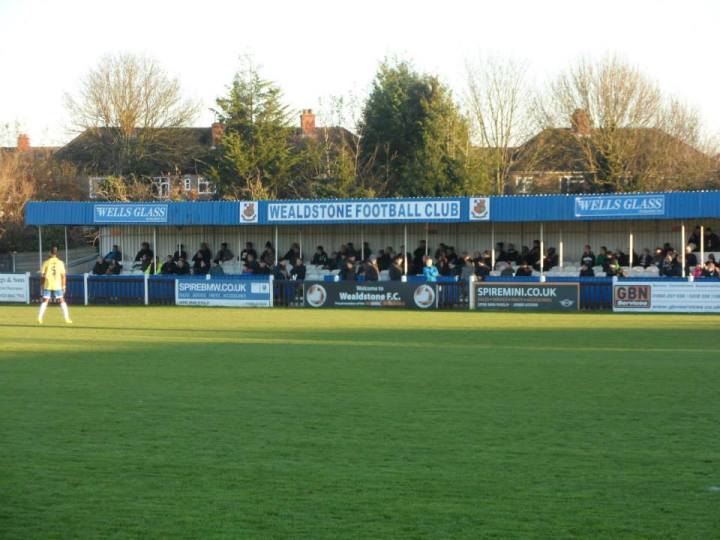 Unlike with the first, in the Second World War the club managed to continue to play – despite the pressures of wartime – even playing at Wembley Stadium for the final of the Middlesex Senior Red Cross Cup in 1943. Later in this decade the club also made its first televised appearance in the BBC’s first two live FA Cup match broadcasts, playing both Edgware Town and Colchester United. However, amidst these victories, this period also saw the Stones’ greatest defeat – losing 14-0 to their rivals Edgware Town in the London Senior Cup in 1944.

Nevertheless, the decades following saw the club continuing to perform admirably, if not better – with the Stones making it into the FA Cup a number of times, and coming out on top in a number of local leagues. By the 1990s, however, the club was facing severe financial problems, resulting in the club selling their Lower Mead ground – which by now had been their home for decades – in 1991; for which, to add insult to injury perhaps, they only received a small share of the sale proceeds. For a time, the club were part of an expensive grounds sharing arrangement at Watford’s Vicarage Road, until in 1993 they moved to the Warren, Yeading’s ground, then in 1995 to Edgware Town’s White Lion Ground. 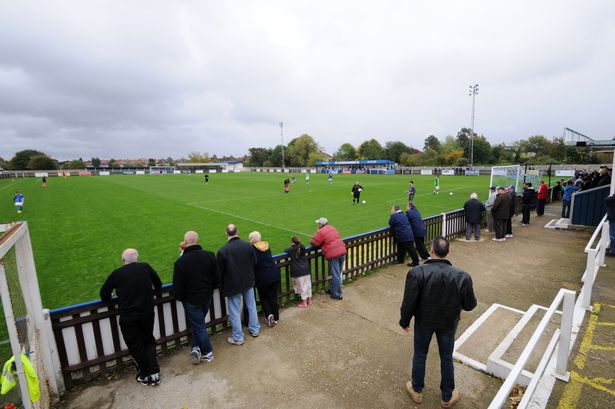 Recently, however, the Stones have come back from this dicey period – buying a new home at Ruislip Manor’s Grosvenor Vale ground, and recently reaching the FA Trophy semi-finals in 2011-12. With this in mind, it may be an ideal time to jump aboard this long-enduring football team. The club has one of the longest lineages in the area, and in the century since its beginning, it has been home to a number of now-famous faces – perhaps the most notable among them being Vince ‘Vinny’ Jones who played for the team in the 1980s, as well as Stuart Pierce; both players going on to play for the national team. It might mean forsaking Harrow’s other team, of course, but then these are the rivalries that the best stories are made of.

Words from Harrow Online there and credit goes to some geezer called Harry Turner, though I emended a few of the typos, I left “Pierce” in for Psycho.